Leave a comment
Note: PointsAway Classic provides access to our wealth of past reviews, updates, reader case studies, and more. Each article describes attributes of award programs – and methods to earn points and miles – that were accurate at time of publication. In most cases, things have changed over the years. You may also find some links and images are no longer available. Please verify any information important to you remains accurate through your own independent research. These articles are provided on a courtesy basis to provide inspiration, but should not be relied upon in making any important decisions.
Image courtesy: Cecil Sanders

One for the Parents: Europe and Alaska in One Epic Award Booking

Part 1: Weaving Two Trips Into One
Part 2: Free Nights at Milan and Zurich’s Finest Hotels
Part 3: On to Alaska

Now that the European vacation was roughly plotted, it was time to turn our attention back to Alaska. In reality, I’d been looking at award availability for both trips concurrently, knowing that award flights to Anchorage may be difficult to find at the very height of Alaska’s short annual window of pleasant weather. I was successful in finding an award flight from Miami to Anchorage for the dates they wanted to travel. Otherwise, their return flight might have been booked through New York or Dallas Fort-Worth instead.

Two award itineraries were available for the flight from Miami to Anchorage on the days they wanted to travel. The first routed through Seattle, while the other routed through Las Vegas before continuing on to Anchorage via American partner Alaska Airlines.

With a roughly 7 hour layover, the Vegas flight on the surface appeared to be the less palatable itinerary, several hours longer in total travel time than the flight through Seattle. But this is Vegas we’re talking about.

McCarran International is about ten minutes away from the Strip. Why spend a day shuffling around SeaTac when you can spend a day in Las Vegas? Thanks to their Platinum American Express cards, they have free access to The Centurion Lounge, as well. It might be possible for them to use the lockers in the Centurion Lounge to secure their carry-ons while they explore for a few hours, then come back and pick up their bags before heading on to Anchorage. At the least, they’ll be able to enjoy some good food at the lounge before heading on to their final flight.

The full American award flight will take each of them from Miami to Milan and from Zurich through Berlin on to Miami, then from Miami to Las Vegas for the day before continuing on to Anchorage.

All that flying is accomplished for the same 40,000 miles each that you could alternatively use to simply go from New York to London and back.

Impressive as this is, there are a number of holes remaining in this itinerary. For one, getting to and from Miami from Orlando must be addressed. Award flights were available with continuing service from Miami to Orlando on the day they intend to fly home, but accepting this option would negate the ability to instead route all the way to Anchorage. Obviously, this presents far better value than exhausting the return award on a flight so short beverage service isn’t even offered.

While the flight from Miami to Orlando costs about $110 to book as a cash fare, it’s also possible to book this fare using…British Airways Avios. As British Airways is a transfer partner of both Ultimate Rewards and Membership Rewards, it’s very easy to turn points into Avios quickly. Because Avios awards are distance-based, the short flight from Miami to Orlando costs just 4,500 Avios one-way per person.

For the time being, an award flight to Miami from Orlando to begin the trip to Europe is unavailable, but an award flight from Miami to Orlando upon their return was available. Taking advantage of the recent 20% Transfer Bonus offered by Membership Rewards, booking both one-way seats required just 8,000 Membership Rewards points while still leaving 600 new Avios for a future trip.

There may be no award availability for the flight to Miami, but that doesn’t mean it’s time to pay up just yet. One of the benefits of the American Express Platinum Card is a $200 Annual Airline Fee Credit.

While in theory this perk is meant to offset taxes, fees, baggage charges and in-flight purchases, it’s often possible to use the credit to purchase gift cards for airlines including American that can be used toward cash flights in the future. At $151 per passenger, their gift cards should easily cover these fares once they arrive, and assuming the fee credit works as it has for many others, effectively makes this flight free.

These fee credits go a long way toward offsetting the steep $450 annual fee that comes with the Amex Platinum, especially since the fee credits are on a calendar year basis, meaning it’s possible for most people to capture some or all of the $200 credit twice per card during their first year as a cardholder.

While several flights between Miami and Orlando run each day, no flights run early enough for them to connect in time to make the flight from Miami to Las Vegas on their way to Alaska later this Summer. Instead, they’ll drive down and spend the night at the Hyatt Place Miami Airport, most likely renting a car for the one-way trip, though it’s possible they would fly down instead if award availability opens up. This is a free award night, and as a Category 2 property, requires just 8,000 Hyatt Gold Passport points, easily transferred over from Ultimate Rewards. 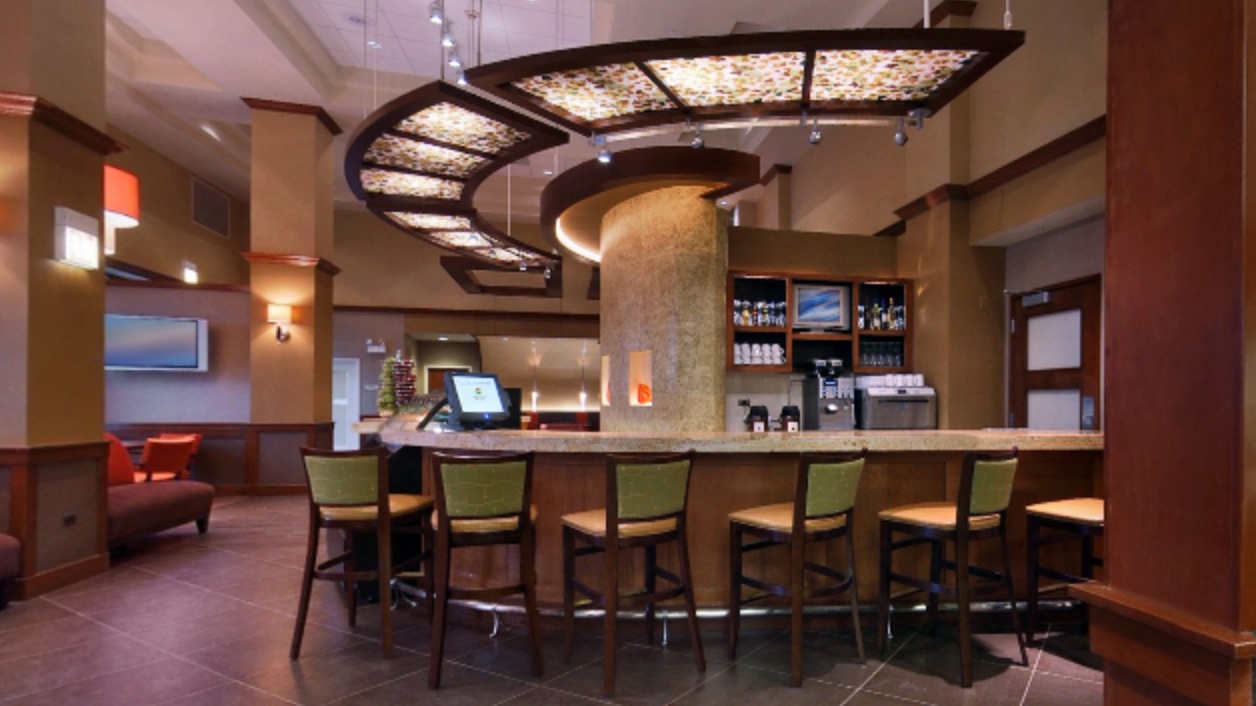 The booking home from Anchorage proved to be just as tricky as I feared, with essentially no award availability for their necessary return date. Rather than attempting to making the brutal journey from Anchorage back to Orlando in one shot, requiring a departure at about 12:30 AM from Anchorage and at least 17 hours of travel time, I was able to spot a cheap cash fare from Anchorage to Seattle at just $120 each on Delta.

By taking this cheap cash flight to Seattle and spending a night at the affordable Doubletree Seattle Airport, open award options skyrocket, most appealing of which are a number of routes on Southwest heading from Seattle to Orlando via Albuquerque.

To book this award, they can either transfer Ultimate Rewards points to Southwest or once again take advantage of the American Express fee credit perk. The perk resets on a calendar year basis, so it’s actually possible to earn the $200 fee credit twice within the first annual fee period. By electing Southwest as their airline of choice for 2014 and once again ordering a few gift cards likely to be offset by statement credits, they could book the fare while saving more Ultimate Rewards for future use. As Southwest’s booking calendar has yet to open up through August, this flight must wait to be booked in either case.

Adding Up the Value

This is a particularly interesting case study in racking up tons of value with relatively few points and miles. Some of the segments are difficult to even calculate and the intertwining nature of awards can make it hard to keep straight which award required how many points versus how many dollars.

This is a chain of award nights and flights so complex calculating its exact value is difficult. What follows doesn’t include most hotel stays on both trips or the potential of renting a car one-way from Orlando to Miami to continue the award journey to Alaska, so an argument could be made that the results look better than they really are.

It also doesn’t take into account the very expensive $450 per person annual fee required for the Amex Platinum in order to earn the gift cards and fee credits used to buy and subsidize flights. Further, assumptions are made about what the price of Southwest tickets from Seattle to Orlando will be based on present pricing for June 2013 since August is as yet unavailable for booking.

Even so, it’s clear that the value is tremendous, making this elaborate award well worth the trouble: